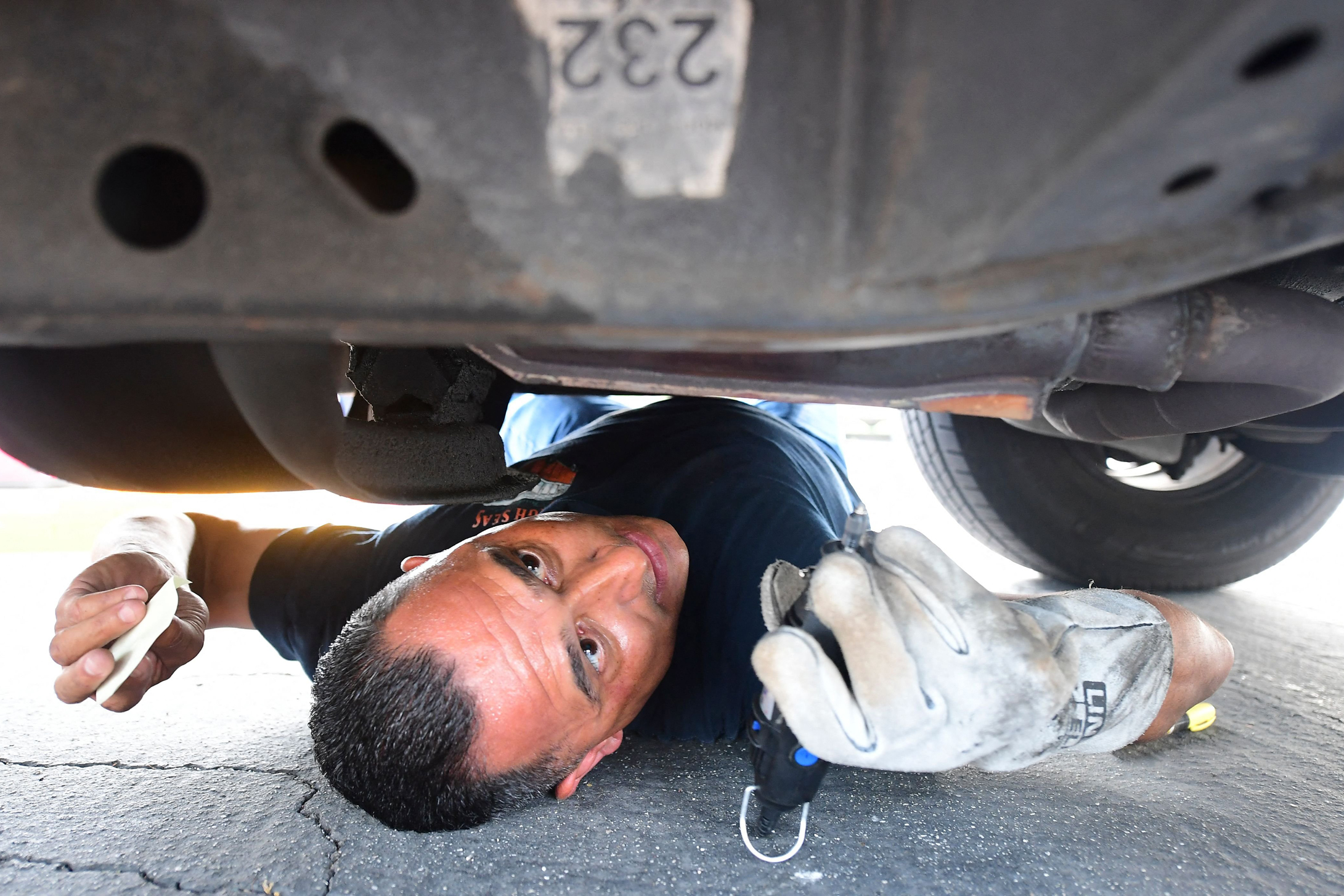 Introduced in 1975, and made a legal requirement for all petrol cars in 1993, catalytic converters have become one of the first lines of defence against vehicle pollution. Their job is to take the most harmful emissions released by a car’s exhaust – carbon monoxide, nitric oxide, nitrogen dioxide, and hydrocarbons – and convert them into less harmful substances, such as water vapor and carbon dioxide. They play a really important part in your vehicle’s performance. But it can be hard to tell when they start to go wrong.

Typically, catalytic converters will last for around 10 years, or between 70,000 and 100,000 miles. But they can develop faults that will reduce their lifespan. So, it’s important to check your catalytic converter regularly. And be aware of the most common problems.

The Five Main Reasons You Might Need a New Catalytic Converter

Your catalytic converter is there specifically to handle carbon and other environmental contaminates. And this means that it is possible for carbon deposits gather within the converter. These deposits will eventually clog the converter’s mechanisms, preventing it from fully working. The first sign of this is usually that your engine is slow to respond.

And it’s not just carbon deposits that can clog your catalytic converter. Other contaminates can get in there too, causing blockages and malfunction. Among the most common are coolant and oil. They prevent the exhaust emissions from passing through the catalytic converter, as well as reducing oxygen flow through the engine, which can have a significant impact on your car’s performance.

Your catalytic converter is positioned on the underside of your car. This means that it’s fairly exposed to any debris that may be on the road. Or any potholes you might drive through. Or any kerbstones you might drive over. The easiest way to avoid damage is to drive around obstacles. It can take you a few seconds longer. But it can also save you a considerable amount of money.

OK, so this isn’t, technically, a problem with your catalytic converter. But it is one of the most common problems people will experience with these car parts. In the Covid-19 lockdown, catalytic converter thefts doubled. Why? Because the ‘catalysts’ that convert the harmful emissions include precious metals. The converters are easily accessible, easily removed, and easily stripped down to sell on. So, if you notice that your engine sounds much louder when you start it up, it’s a good idea to check if your catalytic converter is still there. Because most vehicles will still function without their ‘cat’. They’ll just be very loud, very smelly, and very illegal.

What are the warning signs that there’s a problem with your catalytic converter?

There are five main signals to be aware of, if you think your catalytic converter is failing:

· Undue heat coming from beneath your car

Your catalytic converter may not feel like an integral part of your vehicle, and it can be easy to overlook it when you’re performing regular maintenance. But if it goes wrong, it can be expensive to repair, and can cause more far-reaching damage to your car – especially if it starts overheating. So, don’t ignore the warning signs. See a mechanic if you think that there might be a problem with your catalytic converter. And if your ‘cat’ does need replacing, shop around to find the best replacement car parts for the best price.

If you’re looking for a new catalytic converter, you can search our database here, or get in touch to see how we can help.