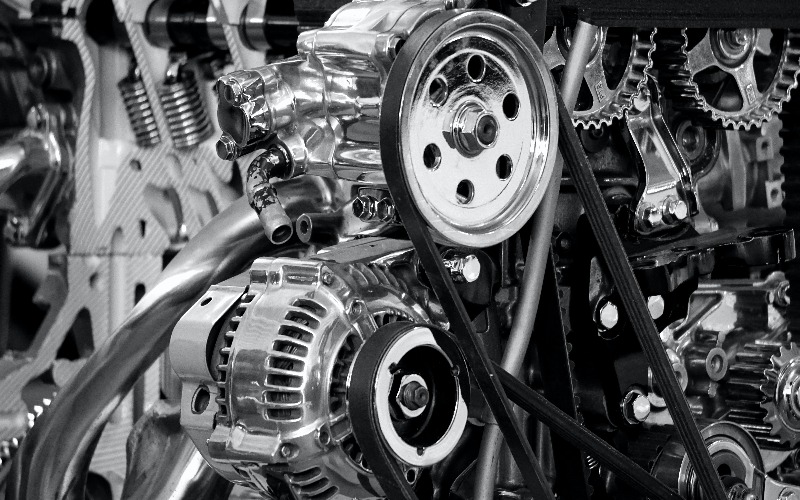 The alternator is one of those car parts that a lot of people don’t really understand. But it plays an integral role in the powering of your vehicle. It powers most of the electronic components of your car while it’s in use. That includes your headlights, windscreen wipers, power steering, electric windows, dashboard instruments, radio, and heated seats if you have them. So, it’s really important that your alternator remains in good working order – and that you know what to look for if your alternator is starting to fail.

The simplest way to spot a problem with this key car component that provides your car with electrical power is if the alternator warning light on your dashboard comes on and stays on. That’s a fair indicator that you need to seek the advice of a mechanic. But if your power supply is struggling, you can often spot advance warning signings, so you can seek assistance before your vehicle fails.

1. Your lights seem dimmer than usual

Whether it’s the illumination on your dashboard or that your headlights don’t seem as bright as usual, a loss of power in any of your vehicle’s lights can signify an issue with your electrical generator.

Because the alternator powers all of the electric components within your vehicle, if your electric windows fail to respond to a command, or respond more slowly, it could be that your alternator needs attention. The same applies to your windscreen wipers.

3. The smell of burning rubber

It’s never a good sign if your car emits a burning smell. And due to the nature of the vehicle, the smell of burning rubber could be caused by a variety of issues. But there’s a good chance that it could be caused by your alternator. The alternator works with a belt system, and if the belt can’t move as it should, it will overheat, creating an unpleasant burning odour.

The alternator is comprised of a lot of moving parts. If any of these components begin to fail, they can produce a grating or whining sound. Often both. If you hear any unusual noises coming from your engine, it’s always a good idea to get it checked out before any serious damage occurs.

More often than not, battery problems are just that. Batteries don’t last forever. Sometimes they need charging. Sometimes, replacing. However, sometimes battery problems are caused by the fact that your alternator is not adequately charging your battery when it’s in use. The best way to work out whether you need to replace your battery or your alternator is to jump-start your car. If it keeps running, it probably means that you’ll need to replace your battery in the near future. If your car fails again shortly after, it’s likely to be an issue with your alternator.

Alternator problems aren’t the end of the world. But if you do think that your car alternator is struggling, it’s really important that you get it repaired or replaced as soon as possible.

If you’re looking for high quality, low price car parts, get in touch with Online Automotive. We have the parts and the expertise to keep you on the move.